I’ll start with the oldest machine labelled above as ‘Retro Rig #1’ which I use for DOS and Windows 9x games. It’s network name happens to be ‘Marvin’ after the Paranoid Android. I will cover my hardware choices and any discoveries I made while tweaking, optimising and fixing the problems that arose during the course of the years as well as any changes I made. My aim was to build a single machine which could give an enjoyable experience playing a wide range of games, from early DOS all the way to the end of Windows 9x with the release of XP in 2001. I initially began building this machine in 2016 and made a thread on vogons.org at the time, since then its evolved somewhat.

To achieve this I needed a versatile processor at the computers core, which allows for good compatibility with speed sensitive 16-bit DOS software but also has enough oomph for demanding 32-bit 3D accelerated games. Both Intel and AMD had good offerings in 1999 with a range of Pentium II/III models and K6/K7 (Athlon) CPU’s respectively. The Higher end being the 600Mhz AMD K7 Athlon and the Intel Pentium III with more affordable mid-range chips sitting at the 450~500Mhz at almost two thirds up-to half of the cost in pre-built machines of the time. See the scanned system round-up from Issue 49 of PC Advisor dated October 1999.*

Mobile variants of these popular chips had speed-stepping or other power management technologies which allowed laptops to save battery by limiting performance and power of the CPU on the fly. It’s these processors which are perfect for older more stubborn DOS games which depend on slower speeds to function as intended. As far as I could tell the Intel chips needed to have their multipliers ‘unlocked’ and even then the multiplier value could only be changed in the bios on a system reboot. This left the AMD K6 mobile series denoted by a plus, in this case I used a K6-III+ 450Mhz.

It can downclock to 200Mhz or effectively even slower by disabling the L1 and/or L2 caches which makes it ideal for the slow stuff, but it can also overclock nicely to 500Mhz for a nice little boost. This speed pairs it nicely with a must-have piece of hardware from 1999 – a 3Dfx Voodoo 3D accelerator card for all games that support the 3D graphics API Glide. Luckily I still have my original STB Voodoo 3 3000 AGP 16MB which should hopefully run early Windows 3D games like a dream and even get a decently playable experience out of more demanding games like Quake 3 Arena or UT ’99. The Voodoo 3 also benefits from having drivers that are optimised for AMD’s 3DNow! instruction-set and many games received special 3DNow! patches to boost performance.

I now had a list of requirements to help me pick a suitable motherboard. It needed to be Socket 7 for the CPU, and it needed AGP as the variant of the Voodoo 3 I had was in that formfactor. While searching for candidates I stumbled upon a WYSIWYG computer that was retired from some factory floor on ebay listed as “Computer Cyrix M II 333Mhz 64MB SDRAM 4.3GB 2xISA 3xPCI”. No real details in the listing but I could see from the photos that it had an AGP slot and the CPU socket was branded with SOCKET 7, not bad for £30 for a complete system. When it arrived it did contain a Cyrix M-II as listed but to my surprise it was the motherboard was a Gigabyte GA-5AA which is a Super Socket 7 board.

The chipset is a ALi Aladdin V which before it’s release was not expected to be much compared to the likes of Intel, VIA or even SiS based on its predecessor the Aladdin IV which was a budget chipset used is some really cheap boards. The Aladdin V however ended up being a power house chipset which met all the requirements for the AMD’s Super7 specification plus more. It supported all current Socket-7 processors, the new Accelerated Graphics Port standard and the fast at the time 100MHz Frontside Bus. The Gigabyte website even claims it supports up-to 140Mhz FSB. The chipset also featured an internal L2 cache, cacheable 133Mhz fast memory SD-RAM support and a USB 1.1 header on the board. So the Gigabyte GA-5AA ended up being perfect for what I needed it for. This chipset guide article on anandtech.com was very insightful and helped me tremendously at the time when I was identifying the board and its features.

For memory I went with 256 Mega Bytes of 133Mhz SD-RAM since it’s supported by the chipset, later on I discovered that the memory bandwidth caps out at about 313MB/s so any value higher than that would just be diminishing returns. The storage devices I used were a MAXTOR DiamondMax 10 120GB Hard-Disk Drive for game storage and a generic SD to IDE adapter paired with a Samsung Pro 64GB SDHC Card. The Drive shows up as SINTECHI HighSpeed SD to CF Adapter and while it doesn’t get linear speeds as high as the HDD it does have a really low random access time at 0.78ms. I believe the model is SD35VC0 and has a FC1307A chipset. There are two optical disc drives; one 52x speed Samsung CD-ROM drive and a generic CD-RW drive (CDR-7S52), oddly the CD-RW drive has problems reading discs burnt on other machines.

Lastly the most important decision when building a DOS gaming pc is the sound card. I wanted good adlib sound in dos, support for General MIDI, Creative Sound Blaster compatibility and some basic 3D sound support. This meant it had to be an ISA card for true DOS support, some PCI sound cards were able to give DOS sound support through emulation but this always comes at a performance cost.

I started with a Sound Blaster 16 CT2230 which worked well until it didn’t. After an hour or so the voice channels on the card would stop leaving only the MIDI output but no adlib sound or PCM samples. This problem couldn’t be solved so I moved onto a Creative Sound Blaster AWE64 Value ISA CT4500 which worked fantastically and had both support for Sound Blaster 16/AWE and SB2.0/Pro. The General MIDI samples on the AWE64 were somewhat lacking and left a lot to be desired.

The solution to the lacklustre MIDI sound was to switch to a sound card with a Wavetable header. I used the ESS Technology Schubert v1.2 with a AudioDrive ES1868F chip. This card ended up sounding fantastic in DOS and the Wavetable header allowed use of any of the Serdaco DreamBlaster daughterboard solutions. I started with the S1 and upgraded to the X2. Here’s some posts I made on the X2 and how it sounded at the time. The ES1868F drivers were simple to setup in DOS and has a fast VXD driver component for Windows 9x. 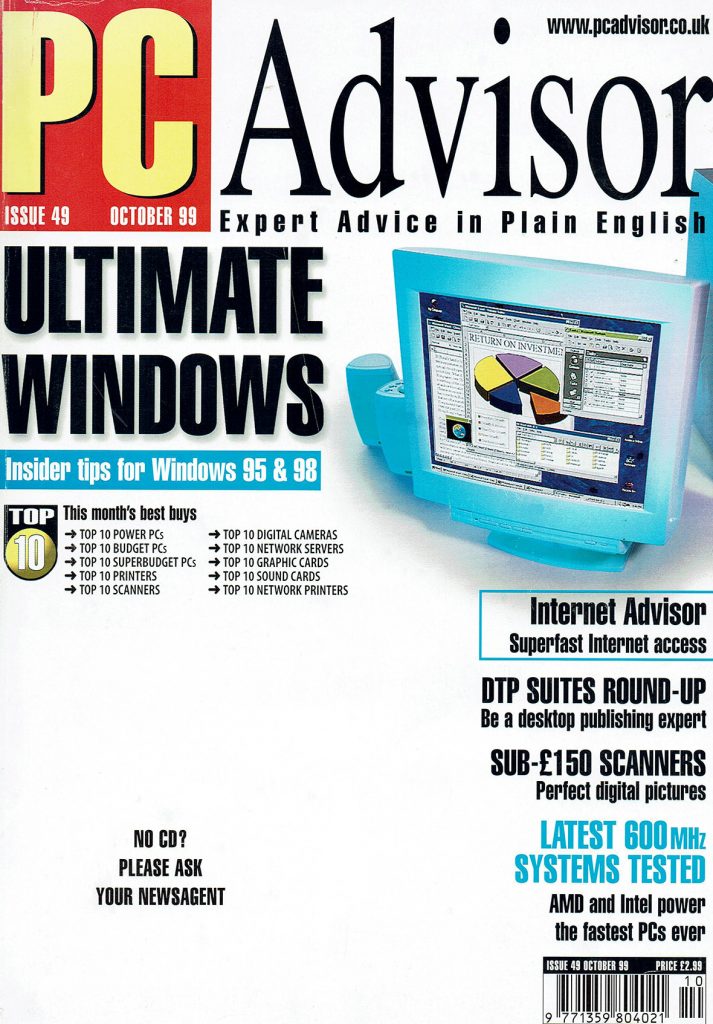 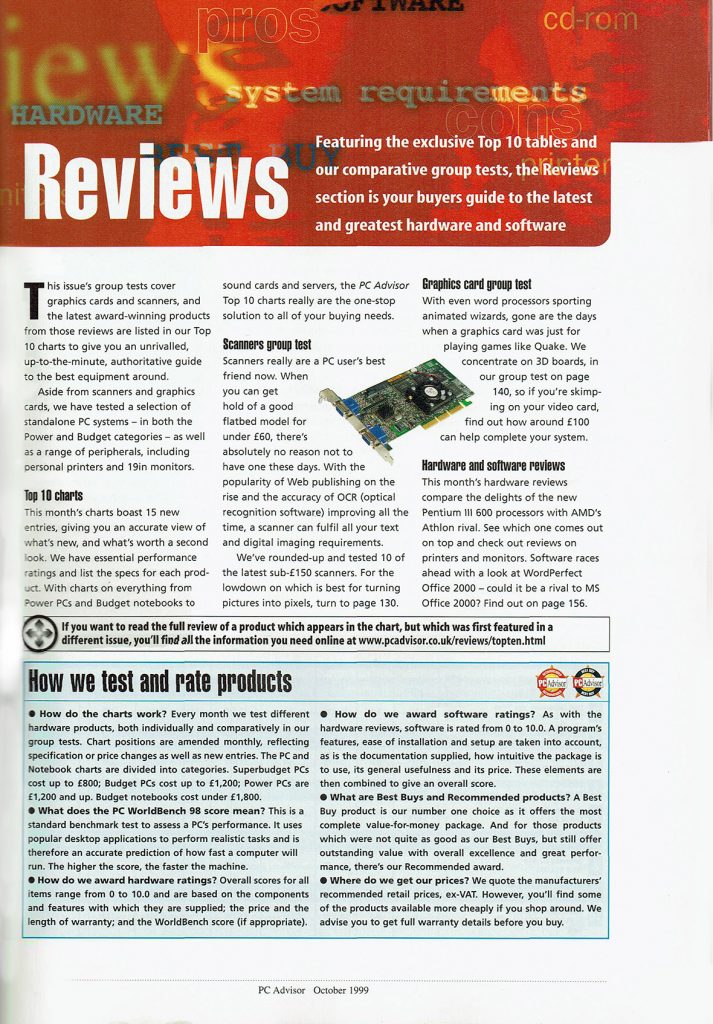 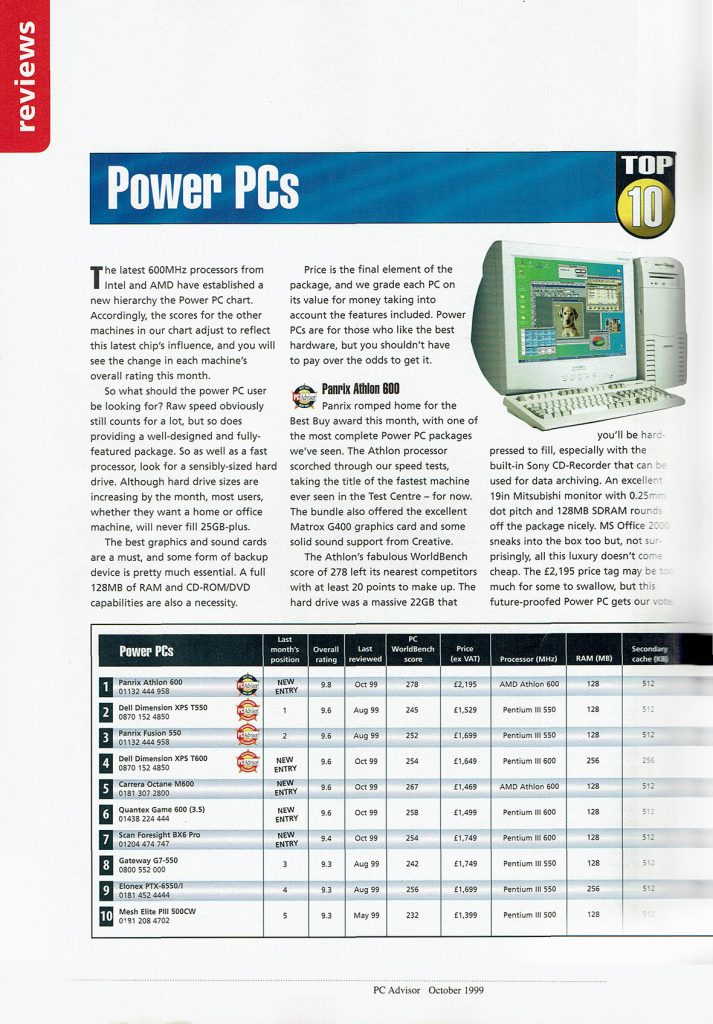 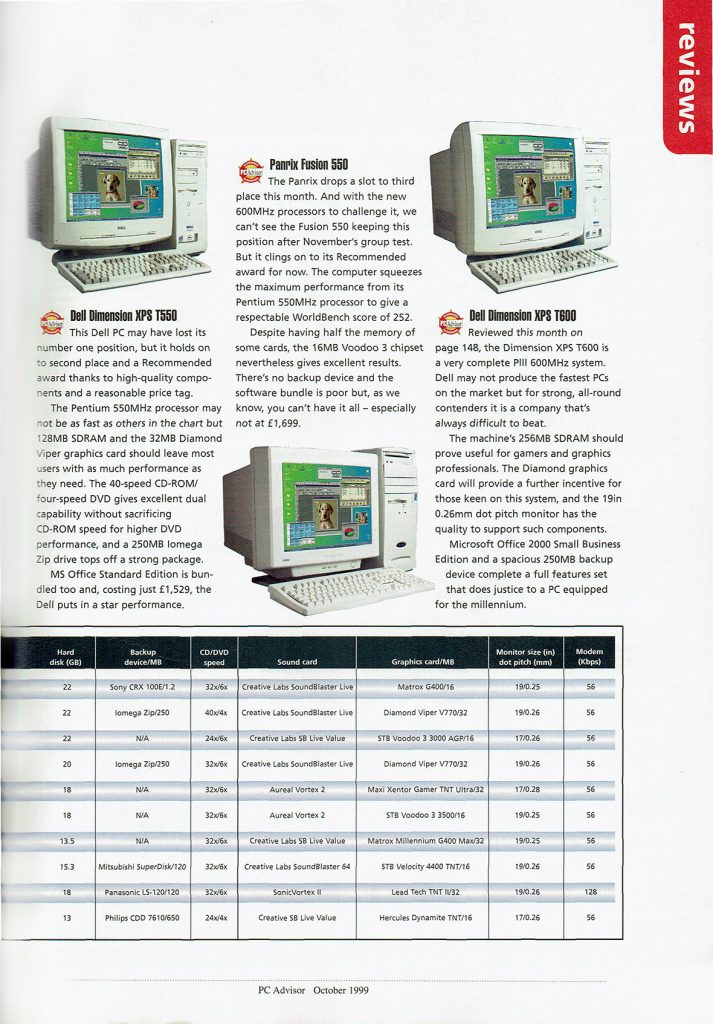 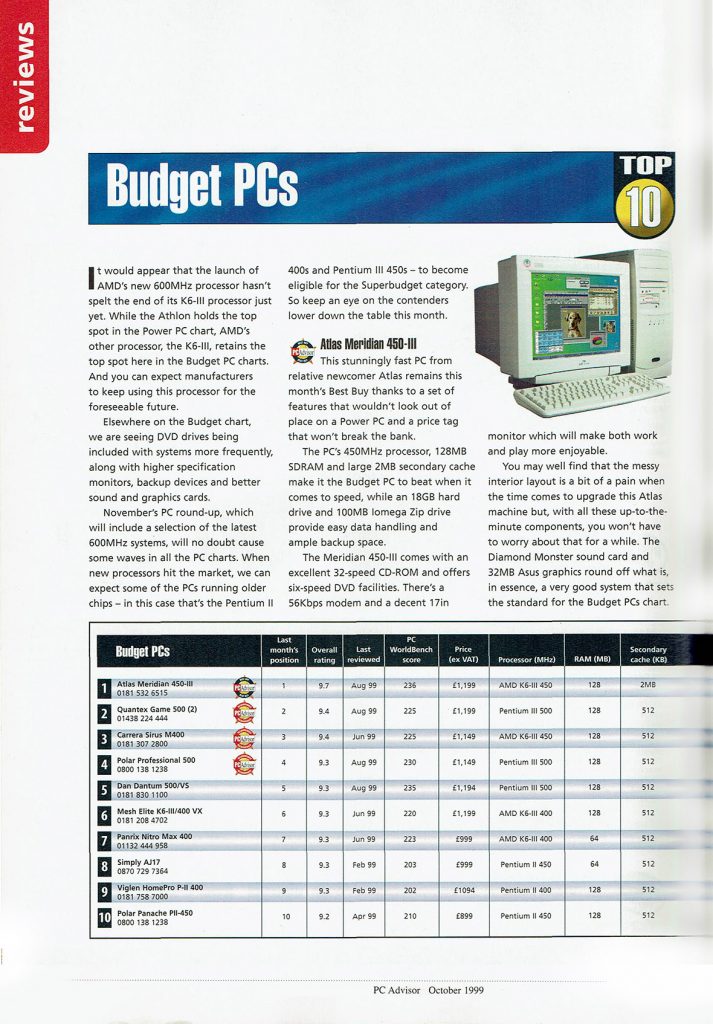 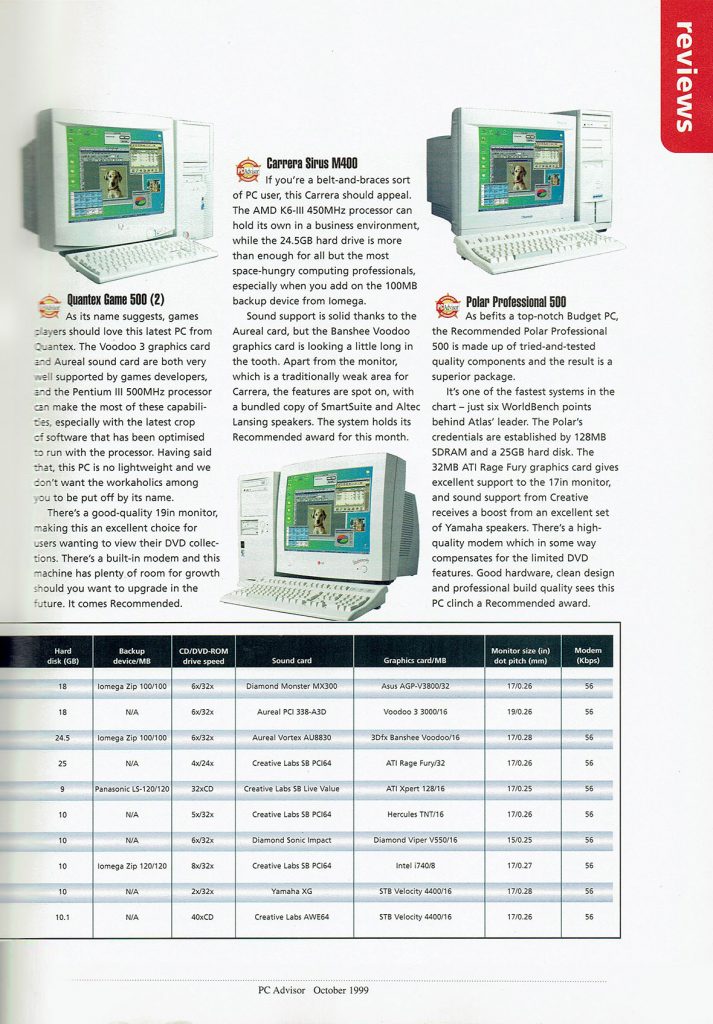 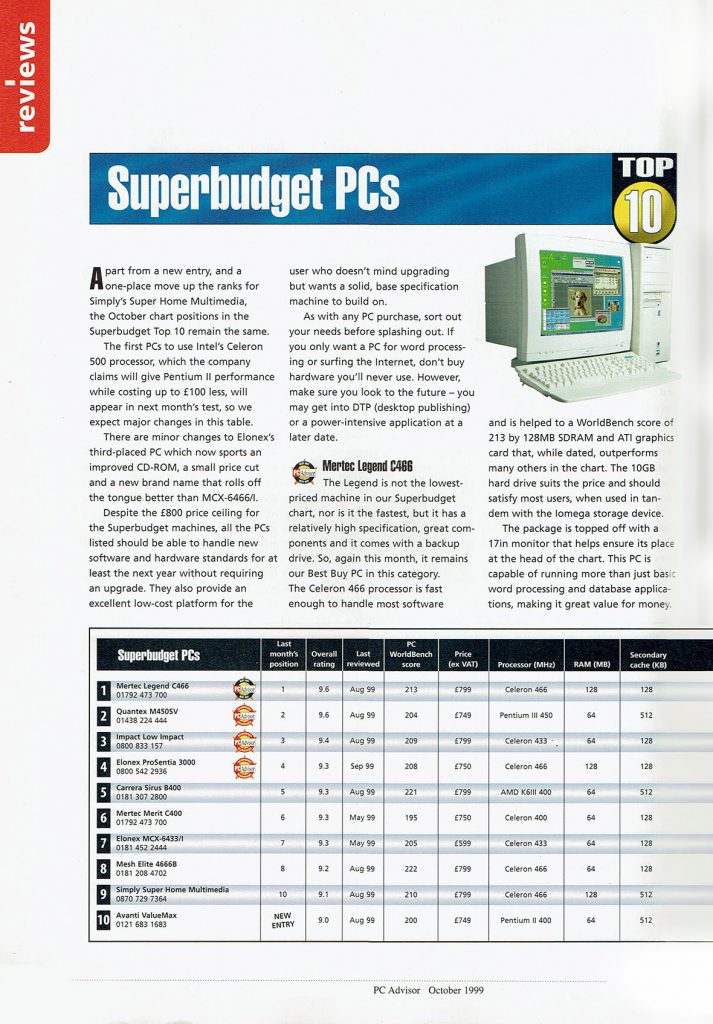 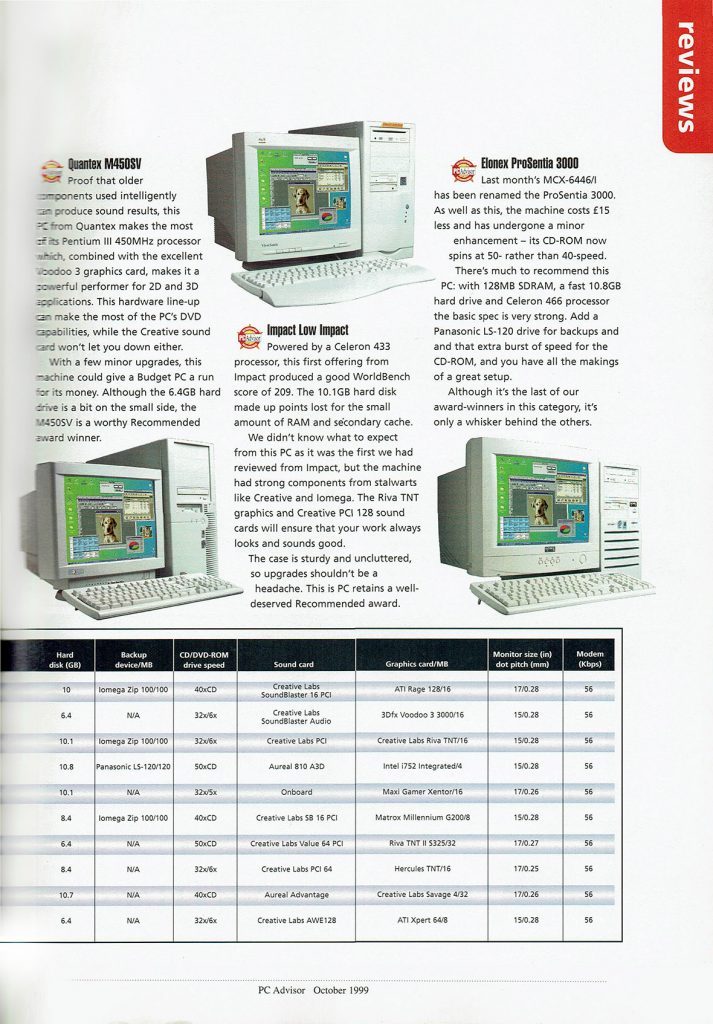 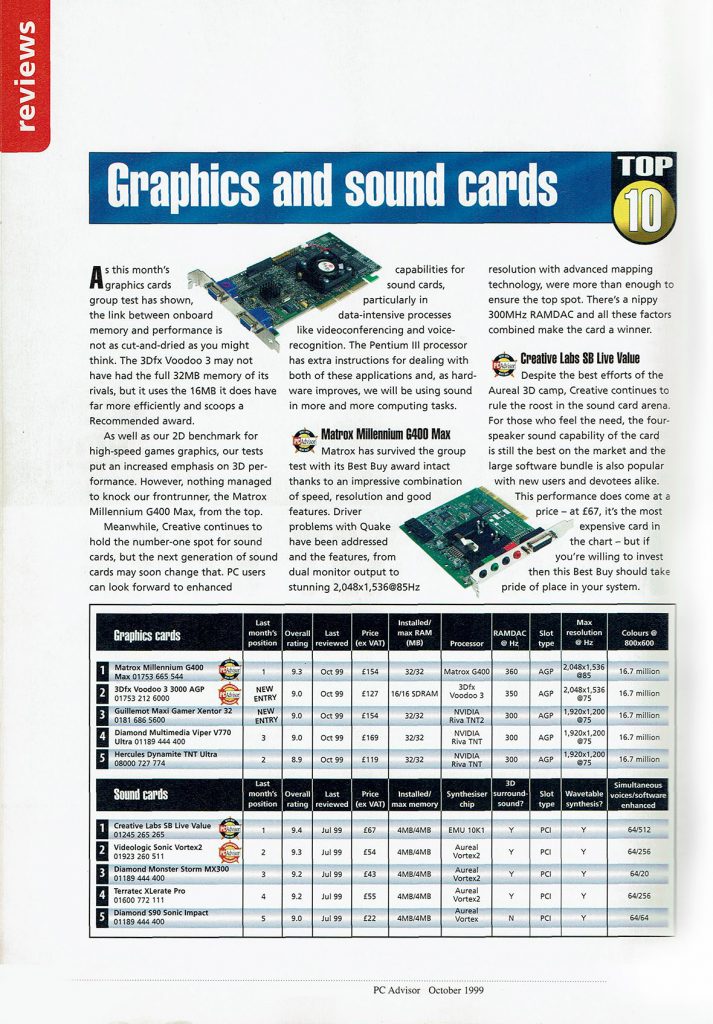 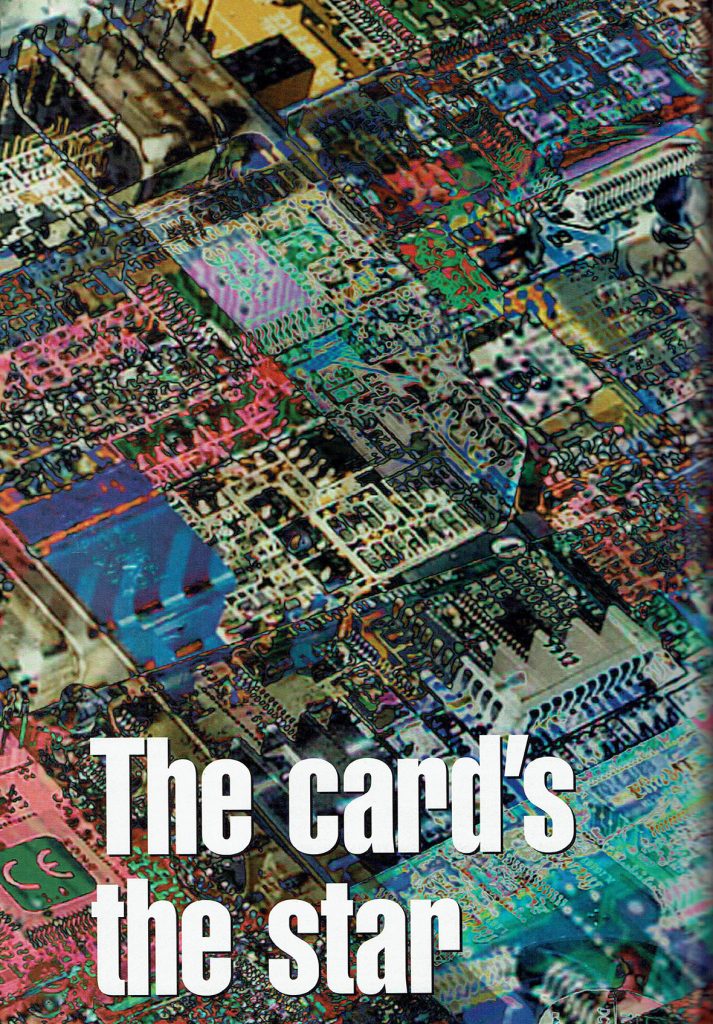 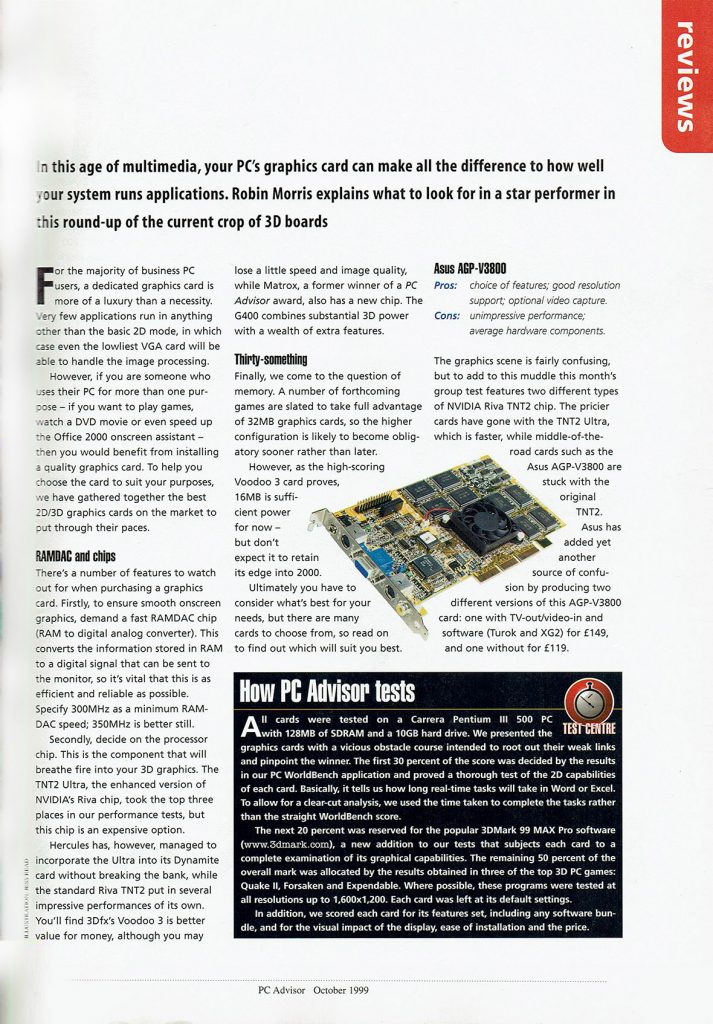 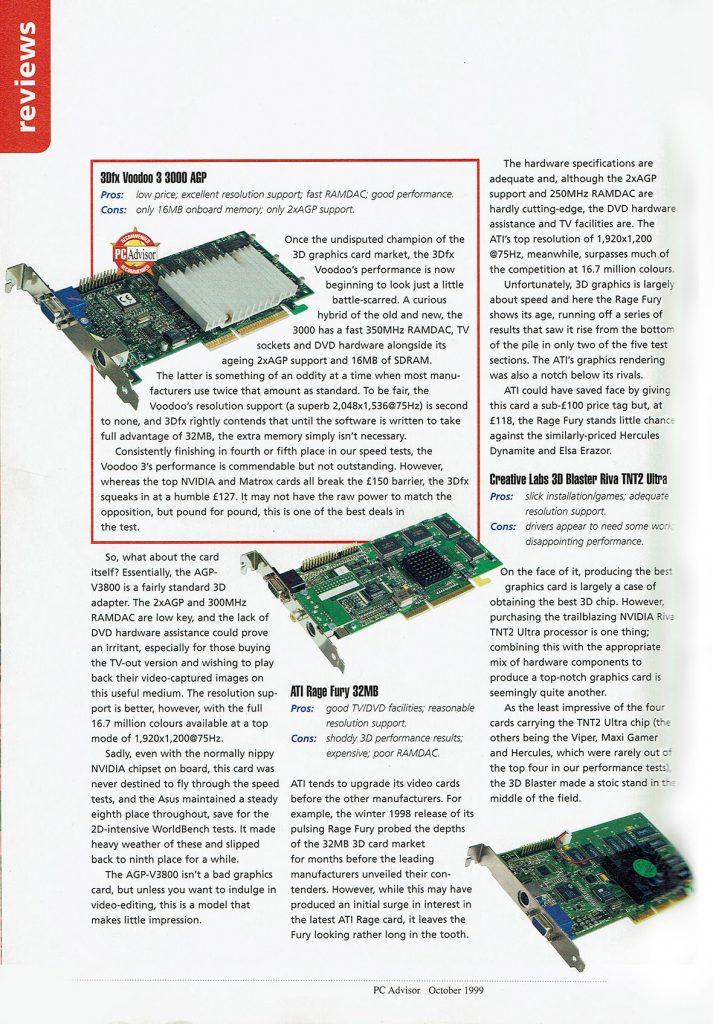 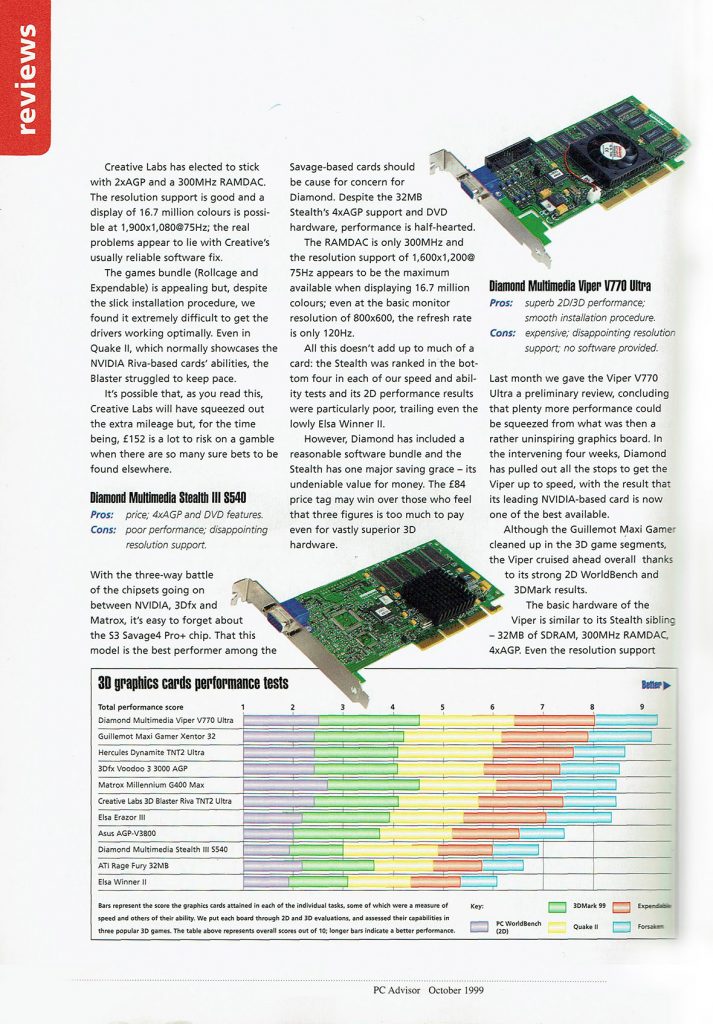 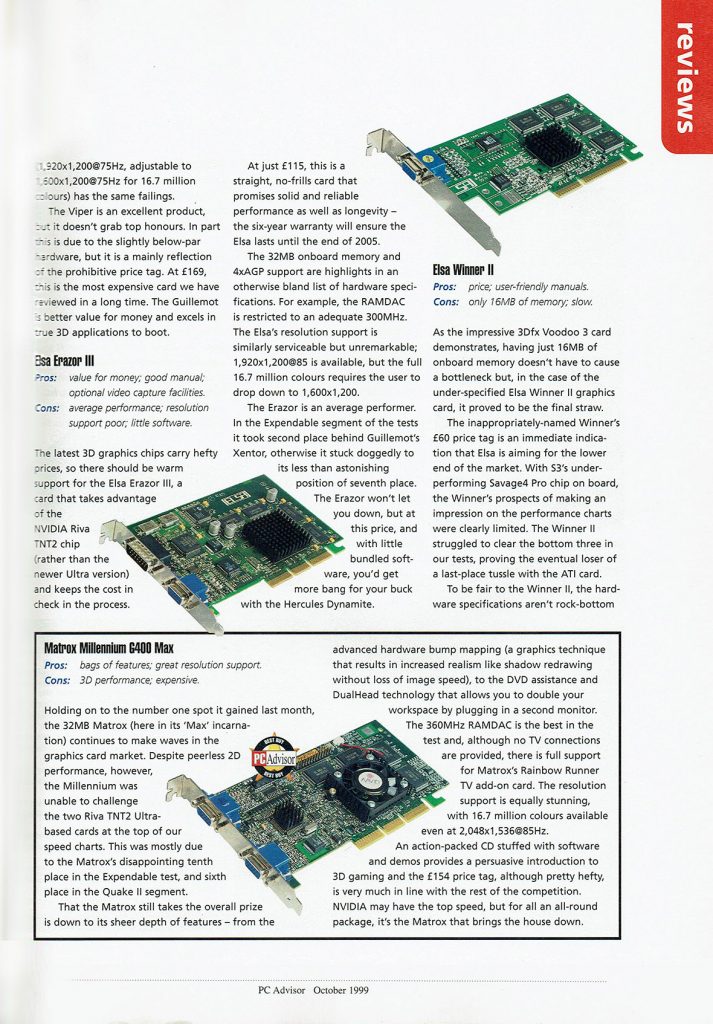 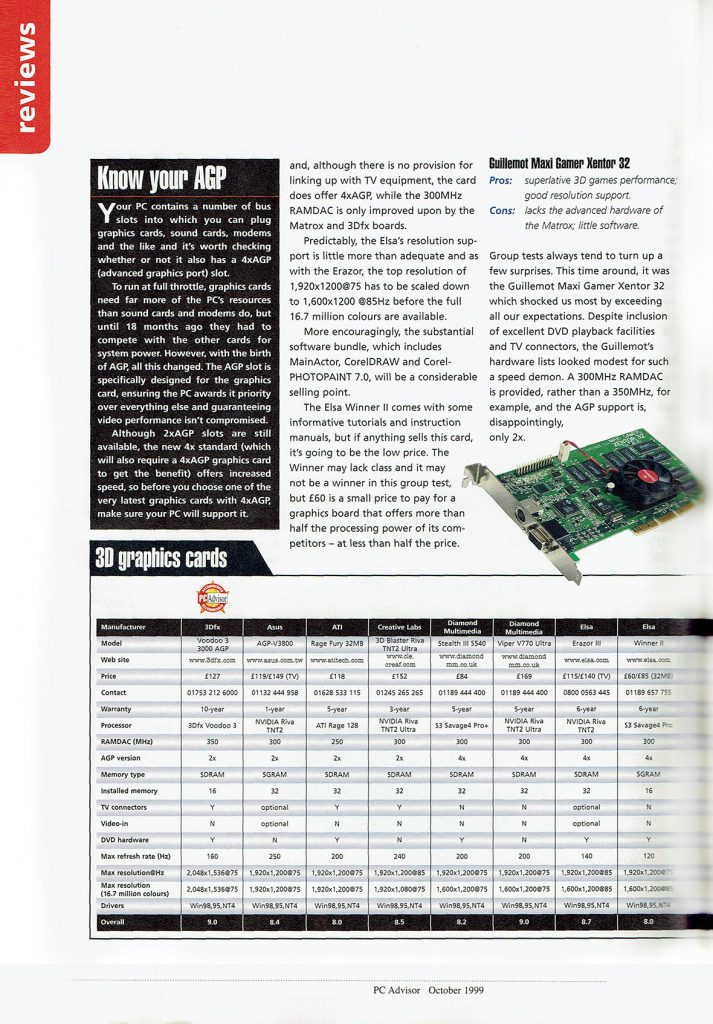 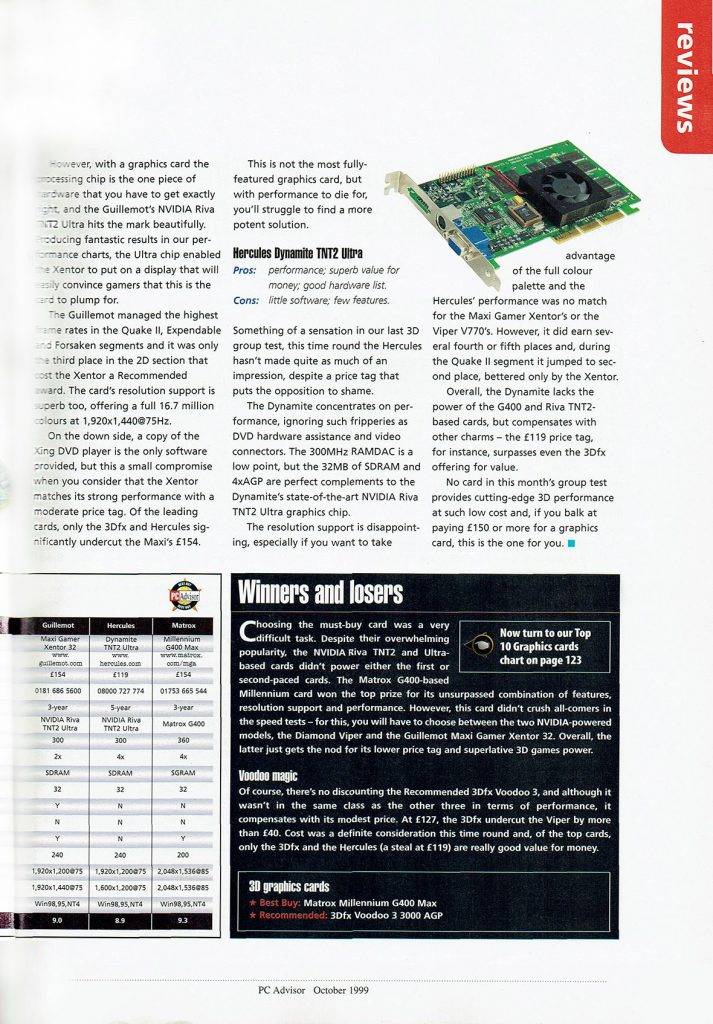 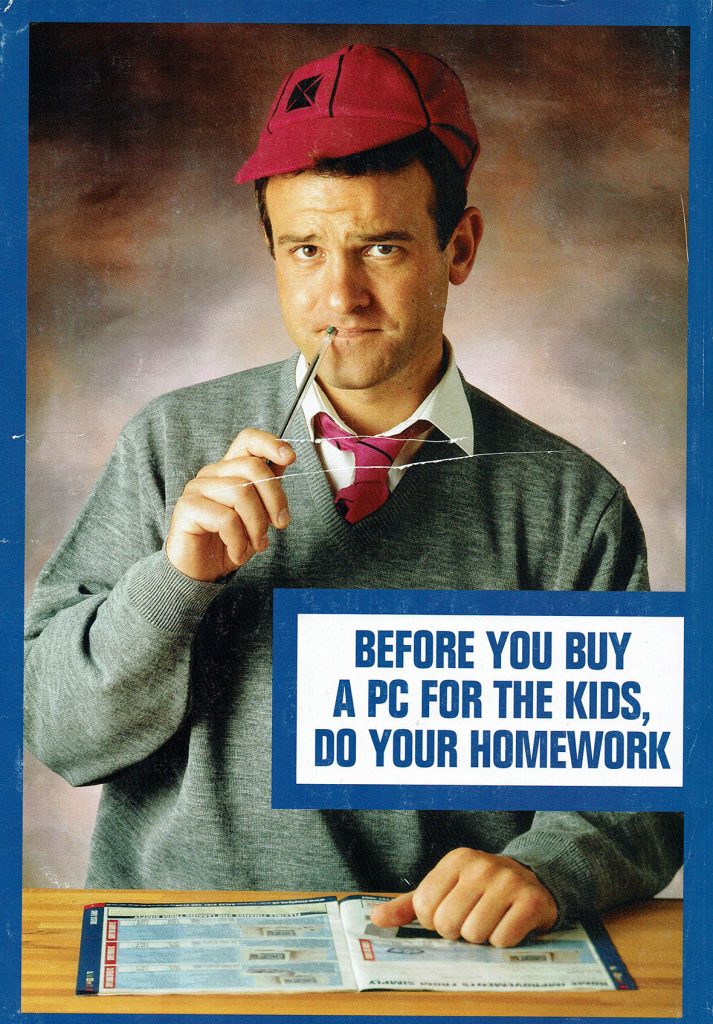